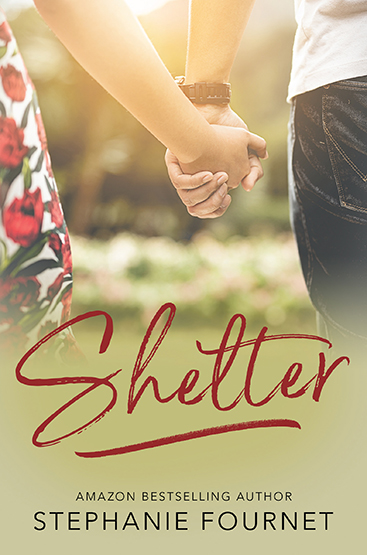 Elise Cormier has hated Cole Whitehurst since she was five years old. He’s always known just how to make her feel dumb, shabby, and — worst of all — invisible.Even when they live under the same roof.But that’s where Elise learns Cole’s terrible secret and why he is the way he is. Despite how he’s always treated her, Elise becomes his ally.

Cole Whitehurst has the weight of the world on his shoulders. Day in and day out, it’s up to him to keep his mother and sister safe. He’s used to giving up everything he wants in order to protect them.

And there’s nothing he wants more than Elise Cormier.

Cole has no business falling for his housekeeper’s daughter, but how could he resist? She’s funny. She’s real. And he trusts her with his life.

But, as Cole knows, loving someone comes with a price, and it may take him years to pay it.

Stephanie Fournet, Amazon bestselling author of Fall Semester, Legacy, Butterfly Ginger, Leave a Mark, You First, Drive, and Shelter, lives in Lafayette, Louisiana—not far from the Saint Streets where her novels are set. She shares her home with her husband John and their needy dogs Gladys and Mabel, and sometimes their daughter Hannah even comes home from college to visit them. When she isn’t writing romance novels, Stephanie is usually helping students get into college, setting up a tent in the woods, or running.