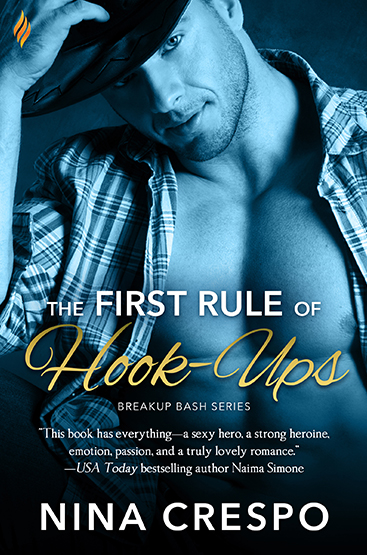 Someone once told me that there are worst things than being left at the altar. Well, not many, in my experience. That was six months ago, though, and my life has moved on. Heck, I have a new job lined up and I'm leaving town.

But, I can't deny that my love life kind of sucks.

That’s why I let my friends convince me to join them for Club Escapade’s Breakup Bash. And we might just be disillusioned enough to actually enjoy it. Last time we were here, it was for my bachelorette party. That night, I met one of the dancers – Raphael – and when he flirted with me, I almost forgot I was engaged. And there's a part of me that never forgot him.

Now, it seems my friends have wandered off and I’m thinking about calling it a night. Until the music begins and I see Raphael, my secret fantasy, on stage. And this time, I’m definitely not engaged... 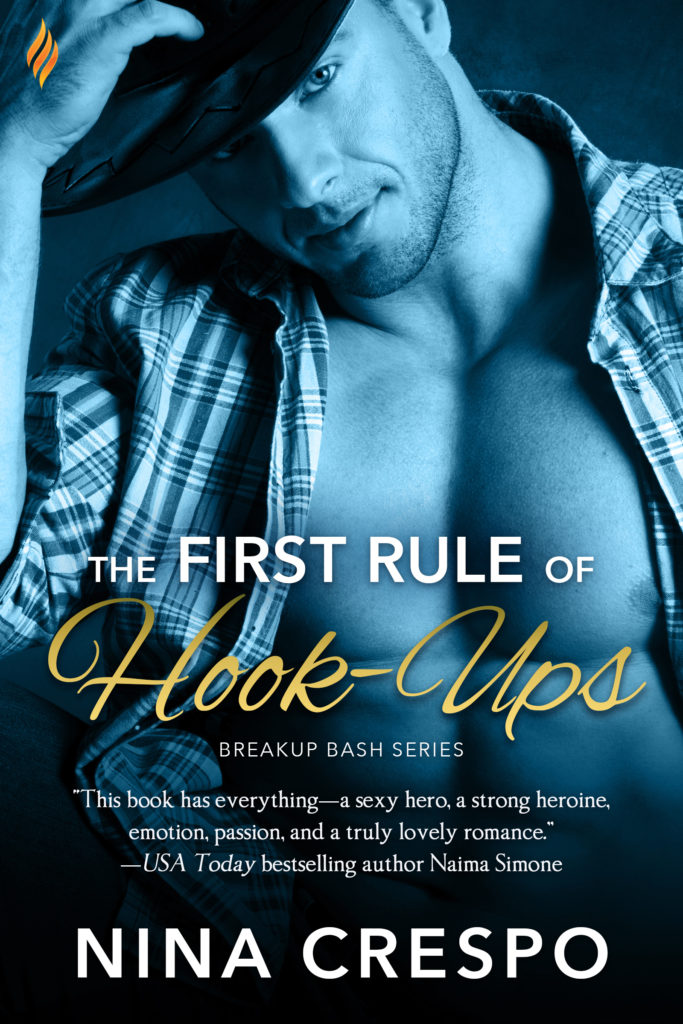 Alexa raised a mojito in a toast. “Love sucks.”

Nat sat next to her at the square, white linen-covered table. She lifted a glass of chardonnay. “I’ll co-sign on that.”

“Me too.” Cori, also with them, slurped a frozen drink.

Laughter and conversation echoed in the semi-darkened private room at Club Escapade. The Breakup Bash—a party to help women get over one man and move on to a better one—was in full swing. Women mingled around the corner bar and danced to Beyoncé’s latest hit in front of the DJ booth next to a gold-curtained stage. The Hot Body Hunks male revue show was scheduled to perform a little later in the evening.

Alexa struggled to match the upbeat atmosphere. Who would’ve guessed the three of them would end up sharing the same bad luck with relationships? Nat had gone through a nasty divorce. Cori no longer lived with her boyfriend. But she was the dumbest one of them all. On her wedding day, her main concern had been making sure she had something old, new, borrowed, and blue. Meanwhile, some woman named Karma Sunflower had permanently borrowed Brad.

A couple of months before the wedding, when he’d developed an interest in health and started shopping at the organic market, she’d viewed it as a positive. She’d even cut back on French fries, given up sugar, and eaten tofu in solidarity with him. But all along, he’d been playing her for a fool. She should have grown more suspicious when boxes of his so-called favorite granola cereal disappeared in a couple of days instead of weeks. No one needed that much fiber, including full-of-shit Brad.

Alexa sank back into the black padded chair. The brilliant solitaire on her finger had kept her enthralled with the promise of a perfect future. What a joke. “Maybe coming here wasn’t such a good idea. This is one of the last places that I hung out as a delusional bride-to-be.”

“No.” Cori plunked down her glass, and a slice of pineapple fell off the rim. “This party is just what we need. Maybe some Hasta la Vista cocktails will put us into the mood. Or maybe champagne. Ooh, that sounds even better. I’ll get some.” She sprang from her seat. Purple and green strobe lights reflected in her neon-blue hair. The narrow skirt of her short yellow minidress, and blue death-defying, high-heeled pumps, shortened her steps.

Nat flipped her hair then straightened the shoulder strap of her burgundy top. Her gold-and-silver earrings reflected the lights. “Good thing we took a Lyft and didn’t count on Cori being our designated driver. She’s really celebrating tonight.”

“She’s supposed to help me pack tomorrow. Too many hasta la vistas and I’ll have to count her out.”
“Staying distracted is her way of handling things. At least she’s not depressed anymore. We all needed this.” Sadness flashed in Nat’s eyes.

Alexa felt her pain and then some. Maybe consuming multiple hasta la vistas was the right idea. Alcohol might help her forget her humiliation, too.

Nat brought a plate of cubed cheese and crackers closer to them. “Are you sure about this moving thing? Seattle is a big step.”

Nat munched on a cracker. “New horizons are about running toward what you do want, not running away from what you don’t. You’ve never talked about leaving before.”

“I’m not running. I need a change of pace, and this job offer is too good to pass up. NorthStar only transports freight in the northeast. Vannett Incorporated operates nationally. As the head of carrier relations for them, I’ll have more responsibility and a bigger paycheck.”

“And you won’t have to deal with Brad and his hippy-dippy side piece when they show up six weeks from now.”

Seeing her ex anytime soon was the last thing she wanted to do. As far as meeting Karma face-to-face, she’d imagined everything from slapping her to forcing her to eat a pound of sugar. Non-organic, of course. But most of her anger was at Brad. He’d not only betrayed her as a fiancé, but also as a friend. {…}

Nat nudging her arm pulled Alexa from the past. “Hopefully all this change includes a new man.” She brushed crumbs from the lap of her skinny jeans. “You’re twenty-seven, hot as hell, and single. Don’t let opportunity pass you by. Indulge.”

Dating. Not this topic again. “I’m here with you guys to see the Hot Body Hunks. Doesn’t that count?” The poster she’d spotted near the entrance featured a photo of twelve shirtless, muscular guys wearing jeans. Unfortunately, Raphael the Dream Maker wasn’t among them. Seeing him again might have lifted her spirits. “Love those earrings. Are they new?”

“You know they’re not. You bought them, and you’re wearing the same pair. Stop trying to change the subject.”

Alexa fiddled with one of her silver and gold earrings. “I’m not interested in falling in love again.”

“Who said anything about love? This is about leaving a total dick for more satisfying cock and less worries. It’s about getting rid of jackasses who aren’t worth a damn and most important of all…” Nat held up her wineglass. “Freedom!” The women around them whooped and applauded.

Alexa pulled down Nat’s arm. “Will you stop.”

“No. You stop. It’s perfectly okay to ride a man into a better future. Preferably in the midst of an orgasm. That’s what this celebration is all about, and you need to get on board.” Nat plucked a condom, with Do Me printed on the red packaging, from the floral centerpiece. “That’s why it’s called the Breakup Bash.”

Nina Crespo lives in Florida where she indulges in her favorite passions — the beach, a good glass of wine, date night with her own real-life hero and dancing. Her lifelong addiction to romance began in her teens while on a “borrowing spree” in her older sister’s bedroom where she discovered her first romance novel. Let Nina’s sensual contemporary stories and steamy paranormal tales feed your own addiction for love, romance, and happily ever after.