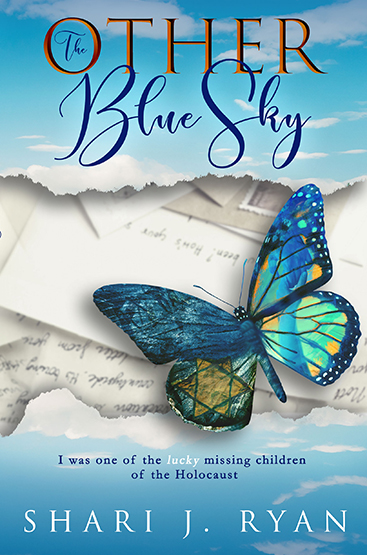 Very few people can say they were born inside a concentration camp during the Holocaust. Disease, starvation, and much worse, prevented most prisoners from surviving. For infants, it was nearly impossible.

I became an anomaly. I shouldn’t be alive.

As a child, I didn’t know my life was different from that of others. I had nothing to compare it to, and I had no insight about the day I was born ... until the moment I overheard the truth.

In a split second, I became a stranger to my reflection, my name, and my reason for being. I was not Annie anymore, and the people raising me were not my parents. Even the blue sky I cherished became an unfamiliar sight.

I felt utterly alone in a foreign world, but that changed when I met another person who was lost, like me. Fisher offered his hand to hold and began to prove his theory of, “When two missing people find one another, they can consider themselves found.”

Fisher enlightened me, and through him, I gained a deeper understanding of life. Now, I know there are two sides of the beautiful, blue sky. I’m on one side, and my lost loved ones are on the other, but at the end of it all, we’ll be together again under the one and only sky. 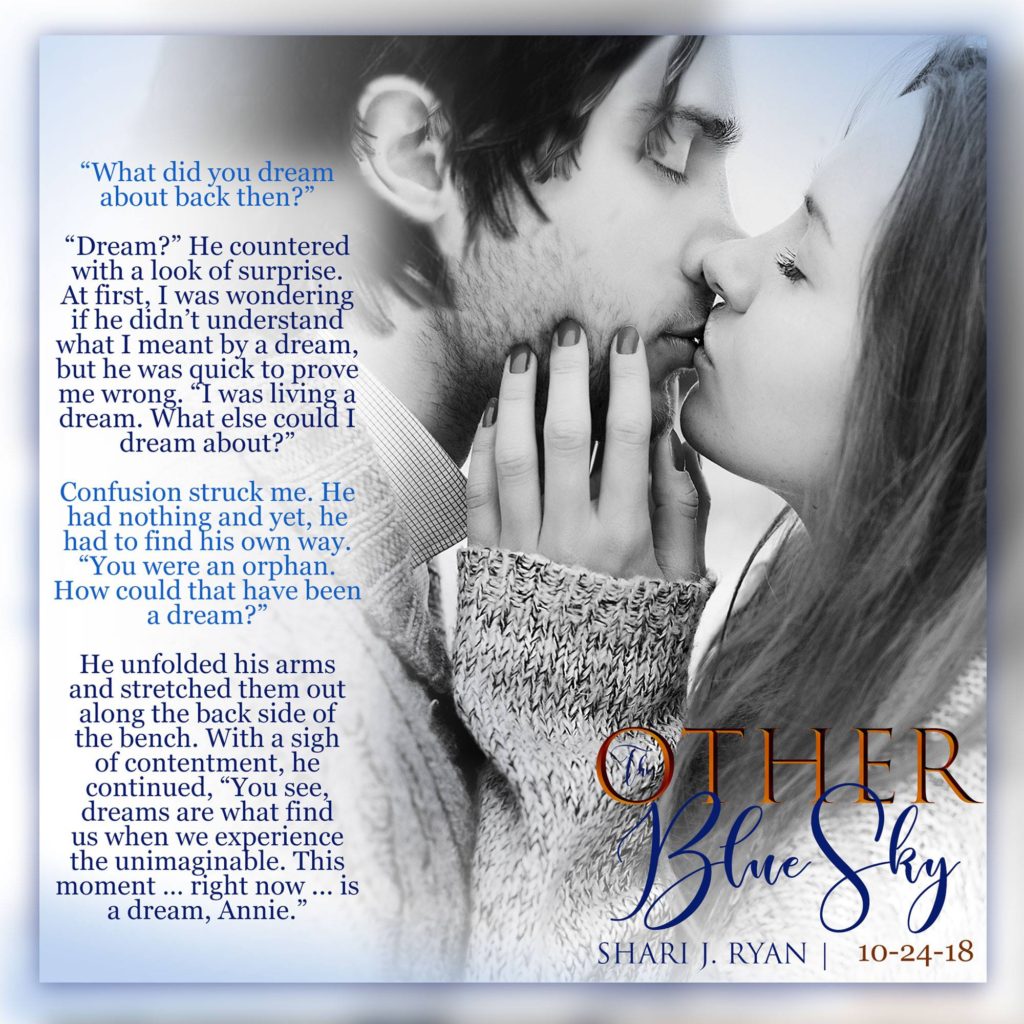 The moments following a first kiss stayed with me in my memories throughout my life. Maybe it was because I only experienced one first kiss, but if I had dreamt of what a kiss might be like … that one would have exceeded all expectations.
My body felt like it was overflowing with glitter—like a snow globe that had just been set down after being fiercely shaken.
My feet were no longer bothering me as we retraced our steps down the steep hill, and Fisher’s hand was no longer cold because it was holding mine.
I didn’t feel apprehensive with him like I had earlier. It seemed as though we had gone from strangers to the very best of friends, and more, within hours that one day. In reality, though, our friendship had been blossoming throughout the previous two years from within our written words. Our kiss was like the lick of an envelope, sealing in all the certainty we were seeking since we first exchanged letters.
The moments we shared that night were causing me to forgot the reason I had flown across the world. I supposed it seemed as though Fisher was enough of an excuse to go anywhere. I felt things I had never imagined before, and my emotions were uncontainable.
“I should be a gentleman and walk you to the Inn now,” he said as we reached the bottom of the hill.
Disappointment shrouded me with the thought of saying good night, or goodbye, for that matter. I knew there was a chance that our kiss made him feel differently about our friendship, possibly opposite of what I was feeling, and I had to keep that in the back of my mind before I got too ahead of myself. “Of course,” I said, unsure of how else I should have responded. I didn’t want to sound desperate or pushy.
“If that’s what you want for the evening, I will walk you there now,” he continued.
I stopped walking. I was too focused on trying to understand what Fisher was saying, because he sounded as if he meant something different.“Well, what is it you want?” I turned the question around, hoping to earn a straightforward answer.
“If I can be completely sincere with you, I’d like nothing more than the pleasure of taking you out for dinner tonight. Furthermore, I would also like to take you to Old Town for a Trdelnik.”
I could feel the smile on my face beaming even though I was trying to compose myself. I wanted to spend more time with Fisher more than I wanted to do anything else in Prague, which felt silly since I was on a mission to find my roots. I guess the heart has a way of speaking louder than the mind. I learned that lesson a time or two. “That would be lovely,” I told him. “I’m not sure what you mean by a turtleneck, though. In America, a turtleneck is part of a shirt.”
Fisher threw his head back and held his stomach as he laughed. The sound of his laughter was heartwarming. It was full of happiness and joy, yet I had no idea why he was laughing so hard.
“First of all, I know what a turtleneck is. We call that kind of apparel, Polo Necks, here. Second, I said, ‘Trdelnik.’ It’s a pastry—one Czechoslovakia is known for.”
I was happy it was dark out because I could feel my cheeks burning with embarrassment. Fisher’s accent was undoubtedly thick, and I was still doing my best to understand him when he spoke fast, but I miss understood that word pretty well. “Oh gosh, I didn’t understand correctly,” I told him while covering my mouth with the back of my hand in an attempt to hide my face.
He reached across his chest and gently tugged my hand away from my mouth. “You are sweet … please don’t hide your beautiful face again.”
With a chill from his flattering words, I took in a lungful of the crisp, pine-scented air and peered up at the starlit sky.
Everything around me felt so surreal—even the sky. Outside of the town, it was easy to see millions of stars above us. I had never seen so many stars or the sky look so big, not after growing up in a busy city like New York. It was quite hard to see stars there with all the blinding city lights. I’m not sure I had realized what I was missing until that night.

Hi Everyone! I'm an indie writer of Romantic Comedy, Contemporary Romance, and Romantic Thrillers. Throughout the last six years of my writing journey, I've hit Amazon's Top 100, Barnes & Noble's Top 10, and iBooks at #1. Hiding in suburbia with my hubby and two wild little boys, my active imagination allows me to live life as adult with many imaginary friends.