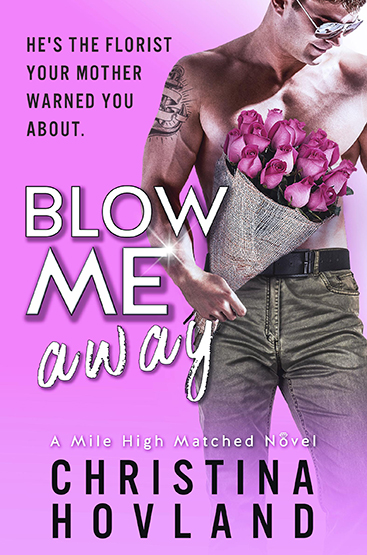 It’s all fun and games until somebody falls in love…

Jase Dvornakov has always loved women, 80’s hair band music, and things that go boom. He used to disarm bombs in the Navy, but he’s back in Denver after a mission overseas went sideways and destroyed his future, including his marriage. Now he arranges flowers in his family’s floral business because flowers don’t explode.

Cookie-baker extraordinaire, Heather Reese, has had one too many rounds of heartache, so she’s sworn off men and prefers to spend her evenings binge-watching game shows. Plus her no-men rule gives her time to focus on her dream come true—Heather’s Cookie Co.—her very own bake shop with an underground following for naughty shaped treats. She refuses to be interested in the hot-shot florist across the street. He is trouble with a capital T. Sexy trouble, but still, a hook-up with Jase is a hard nope.

Desperate to avoid his family’s incessant matchmaking, a fake breakup with the beautiful Heather is just what the florist ordered. If his family believes Heather decimated his heart, they’ll leave him alone. Heather isn’t so keen on the idea, but Jase is determined to make it worth her while. When a pretend breakup becomes the real romance neither was expecting, together they’ll have to decide if it’s finally time to light the fuse on love… 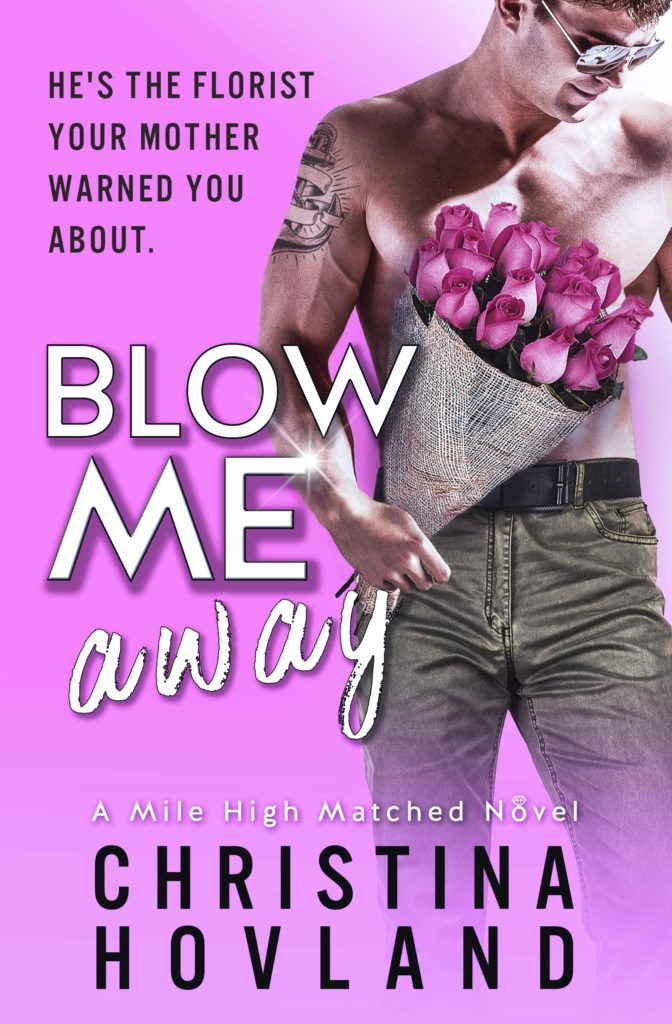 “You catching that?” Jase asked, his focus returning to the poster and the tape.

Poster in hand, he moved to the front window and pressed it against the glass, smoothing it before turning back to her. “Catching the little buzz we have going on between us.”

“A little… the thing is…” C’mon Heather, be strong. You are the cookie lady now. You don’t date. You are all you need. That’s what the podcast she’d been listening to said to her over and over again. Mantra in hand, she slapped on her I’m-in-charge-here-buddy mask. “It would never work between us.”

The edges of his lips ticked up ever so slightly. “You can’t know that.”

He sauntered toward her.

Unwilling to back down, she stepped toward him. Expression firm, she said, “I can already see exactly how this whole thing would play out if we let it. You’d start with a horrible pick up line.”

“Guilty.” His hands fell to the belt loops of his jeans.

Her palm itched to press against the front of his tee, but she refrained. “Then I’d counter with a witty response. This time my reply would be even better. Funny, intelligent…everything.”

“Now, that I’d like to hear.” Nothing but a foot of crackling air sizzled between them.

“Trust me, if I had said it, it would have been epic. You can’t repeat something like that. It has to happen in the moment.” She shook her head, the sleek ponytail she’d carefully arranged earlier brushing against the collar of her jacket.

“That right there is why we wouldn’t have worked out. I mean you couldn’t even come up with a snappier reply.” He crossed his arms, the little veins of his muscled forearms flexing with the motion.

“Oh, I would’ve. It would’ve been the best response in the history of pick-up line replies.”

“I don’t believe you.” The glimmer in his eyes lit up his entire face.

He was clearly enjoying this exchange entirely too much.

Control. She needed the power back. “Trust would’ve always been one of your issues in our relationship.”

“Maybe you just couldn’t be honest with me about how you felt. That’s probably why we would have always argued.” He raised his eyebrows in a clear ultimatum.

She stepped the tiniest bit closer to him. “Let’s say you threw out that awful line again. The one about taking me out.”

“I’m with you so far.” He glanced down to the floor in clear acknowledgment of her movement forward, but he held his ground.

His face sparked with humor. “Sounds about right.”

“Both of us would get that tingly feeling of attraction. You know the one.” So maybe she made her voice a little breathier than usual. Sue her.

His mouth parted, the exaggerated fullness of his lower lip apparent. “You have a tingly feeling?”

She shook her head and raised a hand. Not touching his chest like she desperately wanted to but getting within millimeters. “That’s not the important part. Eventually you would convince me to go on a date.”

“I’d take you to this great taco stand. I love tacos.”

“Despite that, I’d probably let you take me out again. And again,” she said, not willing to acknowledge the way she wanted to nip at his lip with her teeth.

He nodded. “I’m digging this relationship so far.”

“Eventually, you’d ask me to move in. I’d say no. You’d pressure me, even though I wouldn’t be ready.”

“What can I say? I wouldn’t want to spend a night away from you. No use paying for two apartments.” She shrugged, dropping her hand.

“I’d cave, and we’d finally move in together—”

“Do we get to hook up first? Don’t skip that part.” This time he moved forward. Not a lot, just a smidge.

She stayed put. She refused to back up first. “Of course. It would be awful. Sorry Speed Racer, but I need more than three minutes of go-time.”

“That’s not what you’d say after you screamed my name.” He leaned forward, the whisper of his words brushing against her ear.

God, there wasn’t but a breath of space between them. She was all turned-on Heather, ready to throw her why-have-a-man-when-you-can-have-cookies resolve away.

His breath smelled of cinnamon candy and coffee, turning her knees effectively to melted butter.
No, she stopped herself. Back to the break-up at hand.

Christina Hovland lives her own version of a fairy tale—an artisan chocolatier by day and romance writer by night. Born in Colorado, Christina received a degree in journalism from Colorado State University. Before opening her chocolate company, Christina’s career spanned from the television newsroom to managing an award-winning public relations firm. She’s a recovering overachiever and perfectionist with a love of cupcakes and dinner she doesn’t have to cook herself. A 2017 Golden Heart® finalist, she lives in Colorado with her first-boyfriend-turned-husband, four children, and the sweetest dog around.