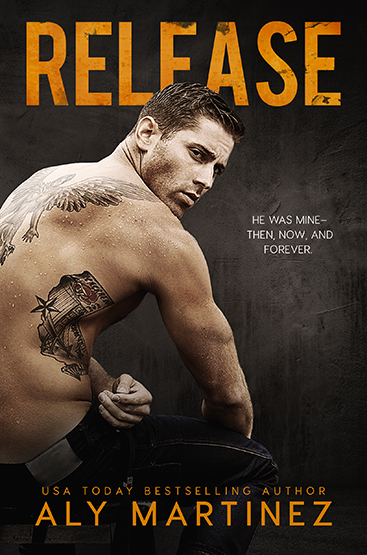 Growing up, Ramsey Stewart branded my soul in ways time could never heal.

At twelve, he asked me to be his girlfriend.
At thirteen, he gave me my first kiss.
By sixteen, we’d fallen in love, planned a future together, and had our eyes set on the horizon.

At seventeen, Ramsey was convicted of killing the boy who assaulted me.

Move on,he wrote in his first and only letter from prison.
Start a new life, he urged.
I don’t love you anymore, he lied.

There was no such thing as giving up on Ramsey. Love may have been our curse, but he was mine—then, now, and forever.

So here I am, twelve long years later, waiting for a man I don't even know to emerge from between the chain link gates.

One of the best books I’ve read in a long time!

When I read the blurb I knew this could be a book that would grab a hold of me. And I was not wrong! The blurb pretty much sums up the bases of the storyline but even I was prepared for the emotional story that unfolded.

Aly Martinez spent her time on these characters, let me tell you. They were so well developed and so real that you couldn’t help but connect with both of them right from the beginning. Ramsey and Thea could not have been more real to me than if they sat in my living room telling me their own story themselves.

And what a story it is! Be prepared for some emotional turmoil, some hot angst with all the chemistry and some unexpected plot twists in Release.

You seriously do not want to miss out of this book!

Originally from Savannah, Georgia, USA Today bestselling author Aly Martinez now lives in South Carolina with her husband and four young children.
Never one to take herself too seriously, she enjoys cheap wine, mystery leggings, and olives. It should be known, however, that she hates pizza and ice cream, almost as much as writing her bio in the third person.
She passes what little free time she has reading anything and everything she can get her hands on, preferably with a super-sized tumbler of wine by her side.