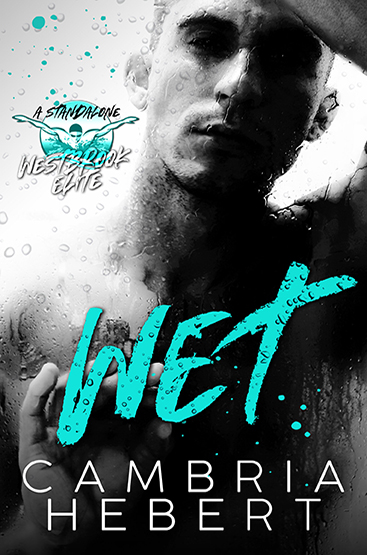 Making decisions I regret is basically a hobby.
So I guess it really wasn’t that surprising when I went out on a date with an Elite.
And then he tried to assault me.
I might be small, but I’m not meek. I fought him off… then went straight to the dean.
He didn’t believe me. No one does.
And now my date from hell is in revenge mode, and I somehow end up in the campus pool.
Did I mention I can’t swim?
Lucky for me, a knight in shining armor saves me from drowning.
Except he’s not wearing shining armor. He’s naked.
And he’s also Elite.
Seriously, what is up with these Elite swimmers?
Of course, I have no intention of ever seeing his very good-looking, naked highness again.
Elite obviously can’t be trusted.
Until he wraps me in his hoodie and promises to believe me.
Now I’m drowning again—but this time in his enigmatic cobalt eyes and addictive touch.
My only oxygen is him. I think I maybe could fall in love.
But will he keep his promise when I tell him the truth about his teammate?
Or will trusting Ryan with my heart and my life be just another decision to regret?

“Aurora Coin, who goes by Rory but hates it when I call her that, so I call her Carrot, which she says she also hates but really secretly loves.”

I rolled my eyes. Why is he so charming?

“Who is also really good with a camera, grew up in Chicago, acts like a rottweiler even though she’s a chihuahua, uses all my shampoo, and insults my Jeep and my clothes.”

“Are you trying to ask me out or make a bullet point presentation?” I wondered.

He mock-gasped, pressing a hand to his chest. “I’m being romantic.”

“Some of these things sound like insults,” I pointed out.

He chuckled, and damn, if it didn’t make my stomach flutter. Shuffling forward, he reached for my hand, entwining our fingers. “But they’re not. They’re just some of the reasons I want you. You and only you. Be my girlfriend. My only.”

Cambria Hebert is a bestselling novelist of more than fifty titles. She went to college for a bachelor’s degree, couldn’t pick a major, and ended up with a degree in cosmetology. So rest assured her characters will always have good hair.
Besides writing, Cambria loves a pumpkin spice latte, staying up late, sleeping in, and watching K drama until her eyes won’t stay open. She considers math human torture and has an irrational fear of chickens (yes, chickens). You can often find her running on the treadmill (she’d rather be eating a donut), painting her toenails (because she bites her fingernails), or walking her chihuahuas (the real bosses of the house).
Cambria has written in many genres, including new adult, sports romance, male/male romance, sci-fi, thriller, suspense, contemporary romance, and young adult. Many of her titles have been translated into foreign languages and have been the recipients of multiple awards.