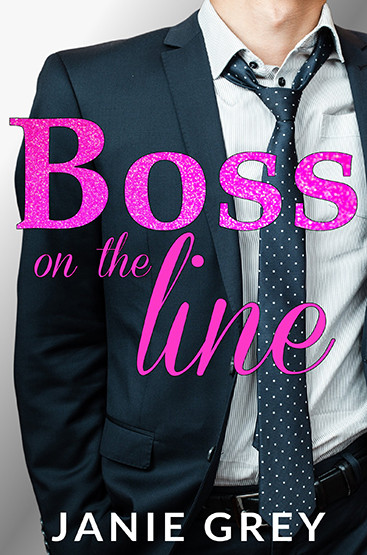 My boss works on the other side of the world, and that works just fine for me. When he barks out his instructions, I sit through the video call and nod, with the occasional smile to acknowledge how happy I am to be his dedicated New Zealand personal assistant. He only sees my face on-screen, though. He doesn’t see the way I’m stabbing my pen into the little paper doll I made of him – or see the Days-Since-Grant-Price-Smiled chart (currently running at thirty-eight).

When he does let his smile escape, it’s a game changer. He’s ridiculously handsome if you like dark blue eyes and a chiselled jaw, all wrapped up in a city suit.

He’s only been to the Wellington office once in the last three years, and his schedule is so busy, there’s no chance of him coming anytime soon. And I’d know if he was planning an overseas trip, because I’d be the one booking his flights and hotel. Right?

I was only out for two days of sick leave.

So, when I return, what the hell is he doing sitting in my office, leaning back in my chair, and twirling the Grant Price Bosshole Doll around his fingers?

I’m the longest-serving PA he’s had. I’ve managed to stick it out for nine months so far, but now I think my days are numbered. What is he going to do to make me pay for this?

Grant’s picture stared up at us, from his position at the top of the chart. It was his standard corporate headshot. His hair was short, and he was clean-shaven, with no hint of a smile. If I had to describe his appearance in one word it would be severe.
“He’s younger than I thought,” said Emily. “How old is he?”
I glanced at the brochure. “He’s thirty-four.”
“He’s also kinda hot. Don’t you think?”
“Sure. If you like a corporate suit. He’s not my type.” Give me a tousle-haired surfer any day. My boyfriends were the polar opposite of Grant. They were laid-back, wore crumpled T-shirts, and flip-flops with their shorts. They wouldn’t be seen dead in a pin-striped suit. I’d never seen Grant below the chest. He probably had a paunch from too many expensive dinners and too little exercise.
While Emily was occupied, I dove into my outstanding email and the dozen or so new messages from Grant. Meetings to schedule. Meetings to cancel. Calls to make—and a curt reminder to mark my planned days of holiday on his calendar. Damn. I should have done that the minute I told him I was taking a long weekend.
The rest of the morning flew by. I took Emily to lunch in one of the many nearby cafés, and then left her for half an hour to acquaint herself with our documentation archives while I followed up some of Grant’s requests.
When I returned, I found her sitting at my desk, a puzzled look on her face.
“What’s up?”
“Your phone rang, so I answered it. I was looking for a sticky note to take the message, when I found this.” She held up an A4 laminated piece of card that I recognised immediately.
“Ah. That’s my Smile Chart. It shows the number of days since Grant was last seen smiling.” The current number was thirty-eight, written in marker pen and updated this morning.
“Wow. That’s a long time.” She looked shocked.
“Nah. The high score—since I’ve been working for him—is closer to fifty.”
“Oh.” Yep. She wasn’t so bright-eyed and happy now.
“Sorry to burst your bubble, Emily. Grant is tough to work for. You need a thick skin, and a way to vent safely when he’s being an ass.” I opened my top drawer and fished out the Bosshole Doll. Made of thick cardboard, it had a printout of Grant’s headshot glued to the top, and a roughly drawn pinstripe suit marked on the body along with the word Bosshole written on the back. There were multiple indentations from where I’d stabbed it with my pen.
“We also have Bingo cards that I refresh weekly, with his most-used words and phrases on them. That’s a fun way to pass a dull meeting. He’s on leave until Wednesday, so I’ll introduce you then.”
Emily looked paler by the minute.
I held back my laugh. “Still think he’s hot? Welcome to my world.” 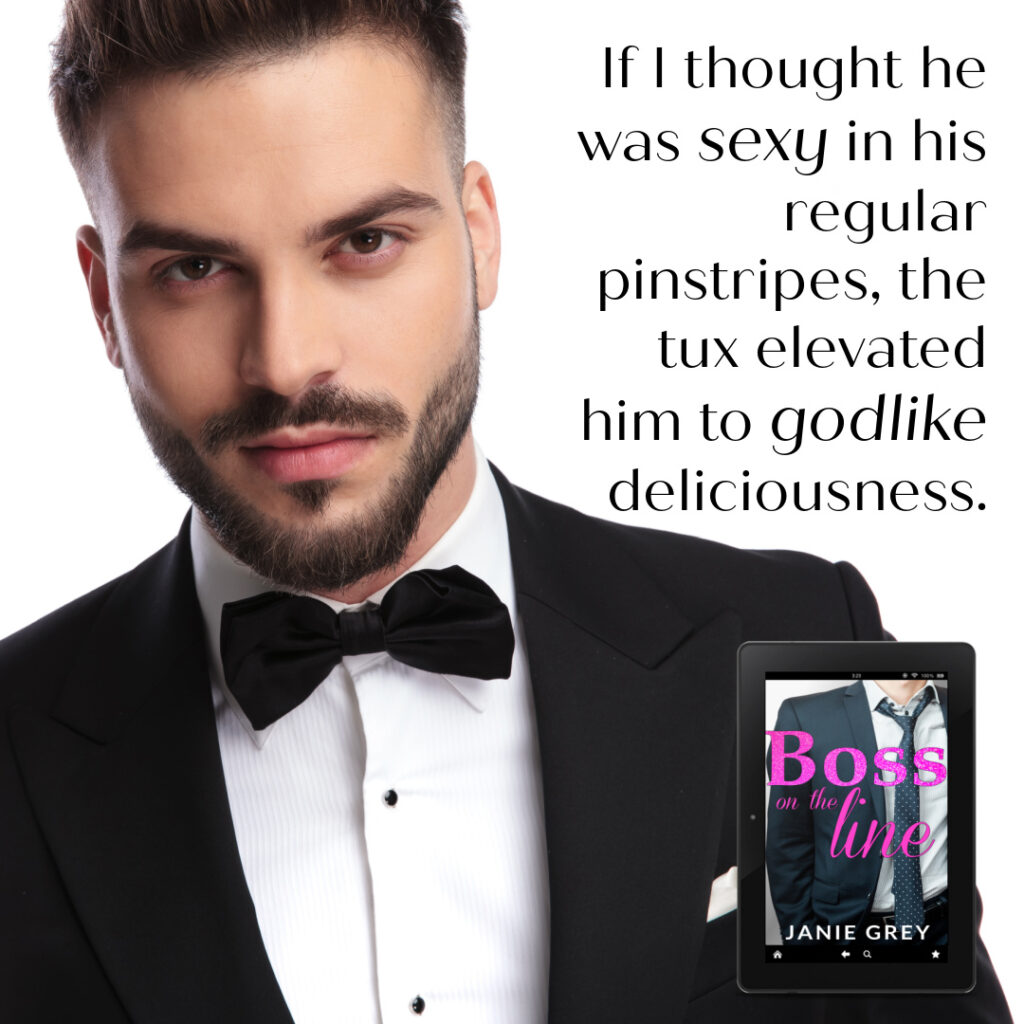 Janie loves good coffee, bittersweet chocolate, and contemporary romance in all its forms. But while she loves many genres, billionaire romance is her favourite to write. Who doesn’t like a hot guy with buckets of money? Especially when he has to work hard to win the love of his life.